Solar Media’s editorial team has been delivering quality, independent news for the global solar photovoltaic industry for more than a decade. The editorial team has journalists in Europe, Asia and North America, providing authoritative and insightful news, features and analysis both online and in print. Having launched its flagship title PV Tech in 2009, Solar Media’s in-house editorial is now responsible for four industry-leading daily news sites covering the international solar, storage and clean technology industries, as well as two print publications documenting both upstream and downstream solar PV sectors in significant detail.

In 2014 Solar Media began market coverage of key technology sectors that would enable higher penetration of solar power in the broader energy mix. Today the portfolio has expanded to cover key sectors in Energy Storage, Electric Vehicles and digitalisation of the energy sector

Liam joined Solar Media in 2015, reporting initially on the UK’s solar industry for Solar Power Portal before launching Current±. He was named editor in chief at Solar Media in September 2019.

Andy Colthorpe has been editor of Energy-Storage.news since its launch in 2014. Formerly a writer for PV Tech, he believes that amazing clean energy technologies and businesses behind them are endlessly fascinating as well as offering hope for the future.

Molly is the deputy editor of Solar Media’s UK focused sites Current and Solar Power Portal. She joined the company in 2019, after three years working on Verdict Media’s energy focused publications, starting as a features writer and becoming editor.

Carrie, has been with Solar Media since 2012 and is responsible for all of our Chinese language content. She is well known in the industry and brings exclusive news and content from China to the rest of the world.

Jules joined Solar Media in June 2020 following stints as a newspaper sub-editor in Spain and most recently for B2B publisher FoodBev Media. He writes across Solar Media’s international titles, covering both upstream and downstream markets.

Alice is a reporter writing across Current±, Solar Power Portal and Energy Storage News with a particular focus on electric vehicles, UK energy storage and the residential solar market.

Global energy networks are changing. Cleaner, decentralised power is becoming the norm as legacy systems are deemed too dirty and too inflexible for modern demands. But to accommodate this transition, the networks that carry our power must evolve too. Current± is the leading source of news, insight and opinion as the energy transition accelerates.

Features on Current± include:

With a dedicated team of full time editors and writers located around the globe, Energy Storage News offers a full news service, with newsletters sent twice a week, ensuring our audience is up-to-the-minute on relevant information across the energy storage supply chain.

The number one online solar news and technology forum for the UK.

By placing your banner advertisements on www.solarpowerportal.co.uk, you can ensure that your message reaches the distributors, wholesalers, installers, project managers, financiers and end users (local authorities, farmers, land agents, commercial building owners) actively looking to deliver solar projects in the UK. Solar Power Portal offers you a dynamic advertising space to provide you with excellent brand exposure to the key decision-makers in the UK’s solar industry.

In-depth analysis on important topics and industry developments, as well as unique and highly regarded new product reviews, make the website an essential tool for anyone within the PV value chain. With a dedicated team of 11 full time editors and writers located around the globe, PV Tech offers a full 24hr 5 days per week news service ensuring our audience is up to the minute on relevant information across the solar supply chain.

Photovoltaics International (PVI) is the only independent journal within the PV industry that carries technical papers written by acknowledged experts in their chosen field. This provides readers of the journal with a high-quality print publication that is focused on technology innovation and manufacturing excellence throughout the PV supply chain. Unlike any other industry publication, PVI focuses on technologies, processes & materials which increase conversion efficiencies and reduce manufacturing costs, reflecting individual manufacturers’/their R&D partners’ roadmaps and the ITRPV. Photovoltaics International reaches a technical audience involved in next-generation processing challenges and solutions, providing unrivalled insight and in-depth coverage on a timely twice-yearly basis. It is used by senior manufacturing decision makers to assist, audit and purchase equipment, materials and components for their facilities. 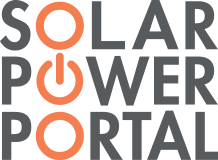 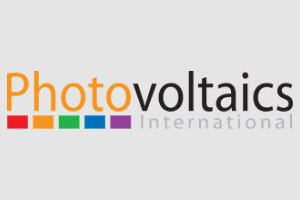